A photography exercise and spinach-pea-tartelettes

Today I'll write in English. The reason is that I am participating in an exercise in food photography organized by Aparna from My Diverse Kitchen - an idea that I really like, becoming more and more interested in food photography, and well, let's say photography in general. The task of this exercise is to take an overhead food shot - kind of food-related as I use to take landscape or portrait pictures from a different angle.
After thinking a while of the best dish for this exercise, a pasta, a salad or some tart or quiche were on the shortlist. I finally decided to bake some spinach-pea-tartelettes.


I took my pictures outside on the balcony. The pictures are pretty simple with no decoration ( except for the fork or spinach leave) as the pattern of the tartelette filling is already colorful. Here the picture I liked best:

And two other ones:

Knead the flour, butter (cut into pieces), walter and salt into a dough. Cover and let it rest in a refrigerator for at least 30 minutes.
Wash the spinach and blanch it for one minute in boiling water. Let it drain afterwards and squeeze out the excess moisture. Rape the cheese. Wash, peel and cut the garlic clove into very fine pieces.
Mix the crème fraîche, the egg, salt and pepper in a bowl and stir the ingredients. Add the spinach, peas, rapes cheese, garlic and the chili flakes and mix all the ingredients.
Preheat the oven to 360°F (180°C).
Take the dough out of the frigde, roll it out with a rolling pin on a floured surface and garnish the tartelette moulds with the dough. Prick the base of each tartelette several times with a fork. Allocate the filling to the tarteletts and bake them for 20-25 minutes.
Eingestellt von Sarah um 12:22 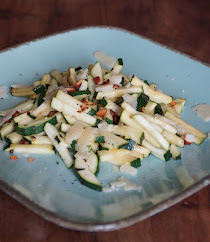 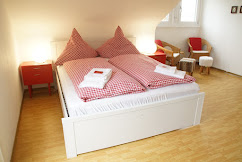